Every golfer has blamed their tools at some stage or another and some psychologists would argue that letting the clubs take the rap for a poor shot or poor performance is not necessarily a bad thing for pre serving the self-belief of the player.

However, it must be said that the modern golfer has more help from the golf clubs he or she chooses to use than at any other stage in the history of the game. There have been watershed moments in the past, including the change from leather hand-made golf balls to rubber moulded varieties, which could be mass-produced and were, therefore, far cheaper, to the move from hickory to steel shafts and then on to the advent of heel-toe clubs with wider sweet spots. These changes were spread over decades, but now it is rare for a season to pass without some improvement in club, shaft and/or golf ball design being trumpeted by various manufacturers.

These design changes are not focussed on aesthetics, but are aimed more at improving the actual performance of the club. Ironically, the changes have often been at the expense of line and visual appeal, judging by some of the clubs, which look like they might be more suited for a braai than for hitting a ball!I was recently involved in a wide-ranging conversation with a few golfing friends about the state of the game, and the discussion almost inevitably came around to equipment technology and the attendant improvements this had supposedly brought to the quality of shot-making and scoring in general.

The consensus, despite my best counter arguments, was that a large number of courses, particularly the older or classic layouts, had become obsolete (this opinion is largely in agreement with that of the lobby group led by Jack Nicklaus), especially when such equipment was put into the hands of a tour professional.

Nick Faldo won the Open at St Andrew in 1990 at 18 under par with what would be considered as ancient equipment by today’s standards. Exactly a decade later, Tiger Woods, the game’s then-current best player, won the Open Championship played at St Andrews by five shots at 16 under par, in relatively calm conditions – or, at least, calm by the standards for a British seaside course. Woods won the Millennium edition of the Open armed to the teeth with the latest technology available (including his own tailor-made golf ball), so, on face value, we seemed to be going backwards in scoring terms. The next decade’s Open in 2010 at St Andrews was won by our very own Louis Oosthuizen in majestic style by seven shots at 16 under par, a total that matched Tiger’s score in 2000, but that was still two shots shy of Nick’s winning total 20 years before. From this, one is inclined to think that this particular course, ancient and classic in every sense, is, in this instance, far from obsolete – unless, of course, it is the contention that winning a Championship at around par is somehow more worthy or appropriate than at 15 under?

I decided that limiting the comparisons to one course was interesting, but might offer skewed results, so, in truly scientific fashion, I took a pin and selected a date at random between 1960 and 1980, and came up with 1976.

Using the same pin (in the interest of good science and fairness), I then used the same methodology to select a date between 1990 and 2010, and the result was 1998.

Over the four Majors in 1976, the total under par was 28 and, in 1998, this total had been lowered to 34. In 2015, 38 under par is the magic number after only three Majors, so the trend would indicate that the change is towards lower scores, but, if the wind blows at Whistling Straits in the USPGA Championship in the last Major of 2015, this could well affect the final total.

In the face of the advances in technology, there is a questionable wisdom amongst certain golf authorities, who, in an apparent effort to combat this tide of obsolescence, insist on setting up courses that become virtually unplayable. A direct result of this is that players are encouraged to adopt a game plan with the primary focus of how to avoid a bogey rather than to try anything other than he most conservative approach to virtually every hole.

My own admittedly limited and casual surveys amongst the amateurs I know reveals that, while they like to see the pros struggle occasionally,most watch tour events to see things that they can’t do; i.e. players scoring lots of eagles and birdies.

When a cyclist wins the Tour De France for the umpteenth time, the tour’s organisers don’t start digging potholes in the road surfaces to make the next race more interesting, but they might, of course, be well advised to institute a battery of drugs tests.

Similarly, athletes are encouraged to run further and faster (drug-free, preferably) and are not slowed down by being made to wear heavier running kits or ‘tricking up’ of the running surface or track conditions.

If we are to believe the manufacturers’ claims and associated marketing text over the last 20 years alone, the cumulative affect of all the improvements in equipment should allow every amateur play-off single figures, 18 single putt greens in a round being the norm for everyone, and sub 60 rounds on the world’s tours would be common place.

There is no doubt that the scores on professional golf tours are getting consistently better across the entire field, but surely this is as it should be? One would also have to ask what aspects other than club, golf ball and shaft design have influenced these changes, such as the quality of the courses on which the tours play and the general convenience and ease of the environment. It was not so long ago that the gap in the apparent abilities between the PGA Tour and European Tours was put down to inferior playing conditions on many of Europe’s courses, which would be a fairly logical argument given that both sets of players had access to the same type of equipment and golf balls. This debate will probably continue to simmer and the authorities will still consider it necessary to put the pins in the bunkers and shave greens to register in the high teens on the stimp-meter in order to protect us all from the demon of obsolescence!

One thing is a fair bet and that is that no equipment changes will ever render any course obsolete from the amateur perspective and any technology that can help the average golfer enjoy his or her round should be encouraged. This does not mean that radar-controlled balls should be rushed into professionals’ shops around the country, but, whatever improvements in technology and design are effected by the manufacturers, the value of these new advances, to the eternal gratitude of teaching professionals everywhere, will almost always be largely nullified by the persistent ineptitude of the players trying to use it. 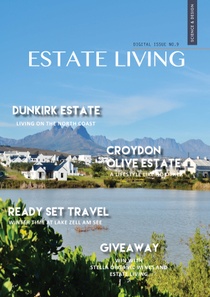